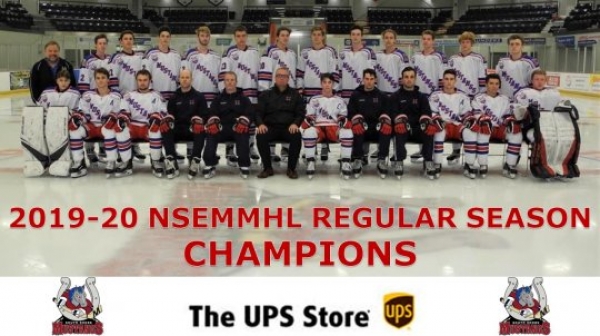 Finishing the regular season with 23 wins and seven regulation losses. That means they finished the season in the first place, one point ahead of the Halifax Mcdonalds.

Coach Brogan Bailey was named the leagues top coach but in spite of that, he's not taking credit for the team's success.

The parents have been great this year, with the age of the kids most of them are getting dropped off by their parents and we play 23 away games every season so it's a big commitment.

He also was quick to praise the players performances on the ice. I think at this level the coaching thing is pretty minor. The boys are the ones out on the ice creating goals and taking hits.

Throughout the season there were many impressive performances by individuals. Mason Beck of Bridgewater is the Stangs 17-year-old captain and was named the Nova Scotia Major Midget Hockey League's Most Valuable Player and Regular Season Leading Scorer with 18 goals and 51 assists in 34 games. Rookie Luke Woodworth finished second in league points after notching 20 goals and 40 assists which earned him rookie of the year honours.

Now the Mustangs gear up for their first-round playoff match against the Sydney Mitsubishi Rush. As the top seed, the Mustangs will host game one in Bridgewater this Saturday at 7:30 p.m.
(https://www.ckbw.ca/2020/02/06/historic-season-for-mustangs/)